Court Street Baptist Church is the result of a 1930 merger of two churches that were established in 1859 – a time when Auburn and Lewiston industrialization led to rapid population growth. This was an exciting time of temperance reform and the anti-slavery movement. Churches played leadership roles.

Ultimately, both the Spring Street Baptist Church (1869) and the Court Street Free Will Baptist Society (1878) erected larger houses of worship on Court Street. Stained glass windows were installed here in the 1910s.

Court Street Baptist Church always permitted women to vote and to hold office in the church. In 1897 women received the vote in church business matters, well before suffrage reached local elections in 1920. The churches also became committed to mission work, primarily through women’s auxiliary organizations, which continues today. The Ladies Social Circle raised the money to purchase our organ in the early 1870s.

Initially the choir consisted of a paid quartet, but by 1884 there was a chorus of twelve voices. Congregational singing became more accepted in the 1880s. A large volunteer choir was established in the 1930s.

After the two churches merged in 1930, the Free Will church was razed and the congregations worshipped together in the current building (constructed in 1868-69). When the “baby boom” resulted in large enrollments in Sunday School classes, an education wing was added in the early 1960s. 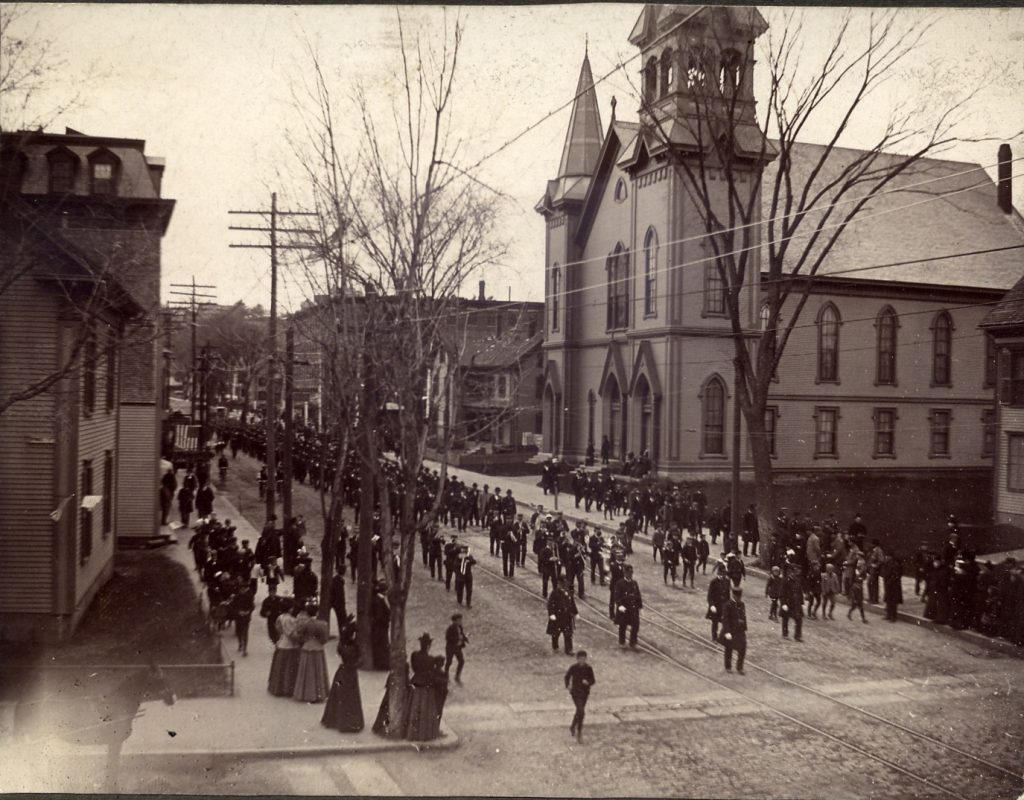 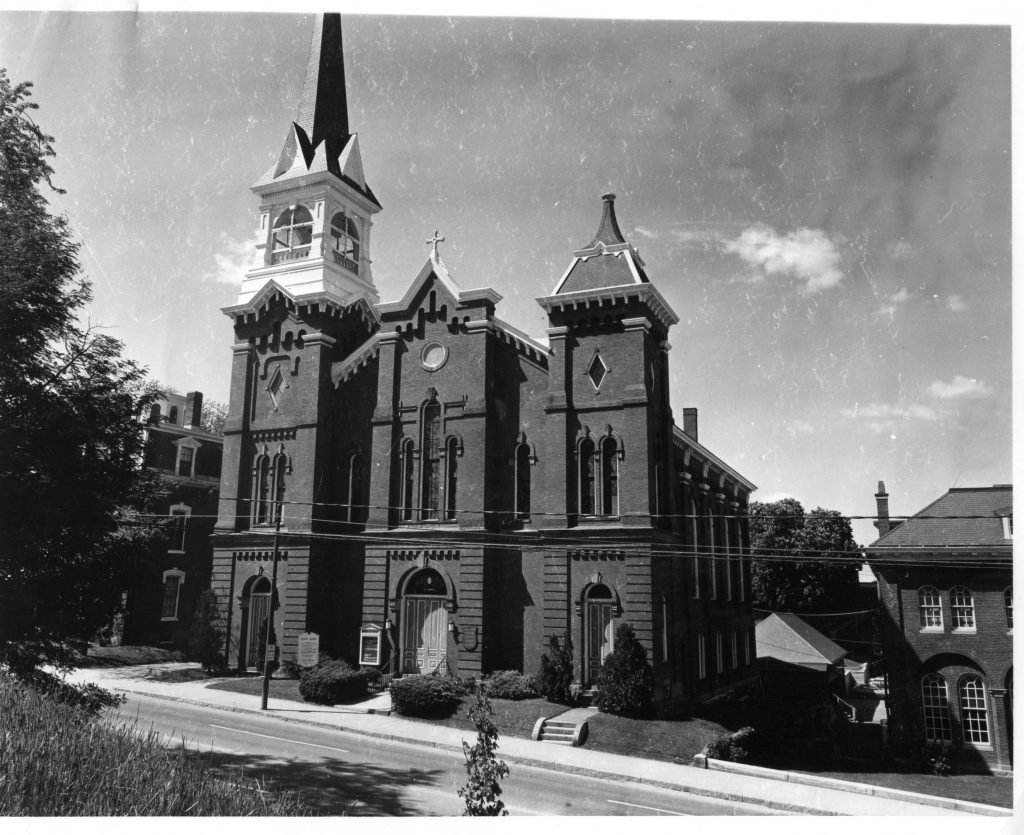