Holy Communion is celebrated the first Sunday of each month. There the Praise Team offers a special musical number to enhance the service. Anyone wishing to participate is welcome to practice the song. The team varies from five to ten singers. 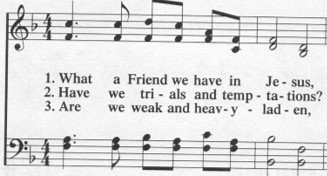 PRAISE TEAM... sings Sundays and meets at 9 a.m. They bring contemporary songs to the service.

Most Sunday morning services include a special musical selection provided by individuals or groups. They are planned in advance and may consist of vocal, instrumental or a combination. It is in addition to the hymns sung by the congregation. 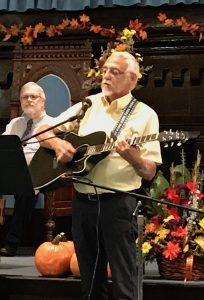 Singers bring uplifting and healing music to seriously ill individuals at home, in hospital or hospice. The patient, the family, and “strangers” and staff feel the uplifting power of the lyrics of their favorite hymns.

The organ of 825 pipes was constructed in the 1870s by the Hook and Hastings firm, one of the great organ builders world-wide. A person was hired to operate bellows to force air through the organ pipes while the organist played. Later on, a parishioner donated a motor to operate the bellows.

In 1939, the Women’s Circle transferred the organ’s ownership to the church after they’d maintained it for 69 years. In the 1950s the church electrified the organ, added chimes and raised the number of pipes to about 1600. In 1967, the organ console was moved from the choir loft down to the front of the sanctuary because the organist could not hear what she was playing and could not see the choir director. In 1983, the instrument was dedicated in memory of Gladys White, who had been organist for over sixty years. 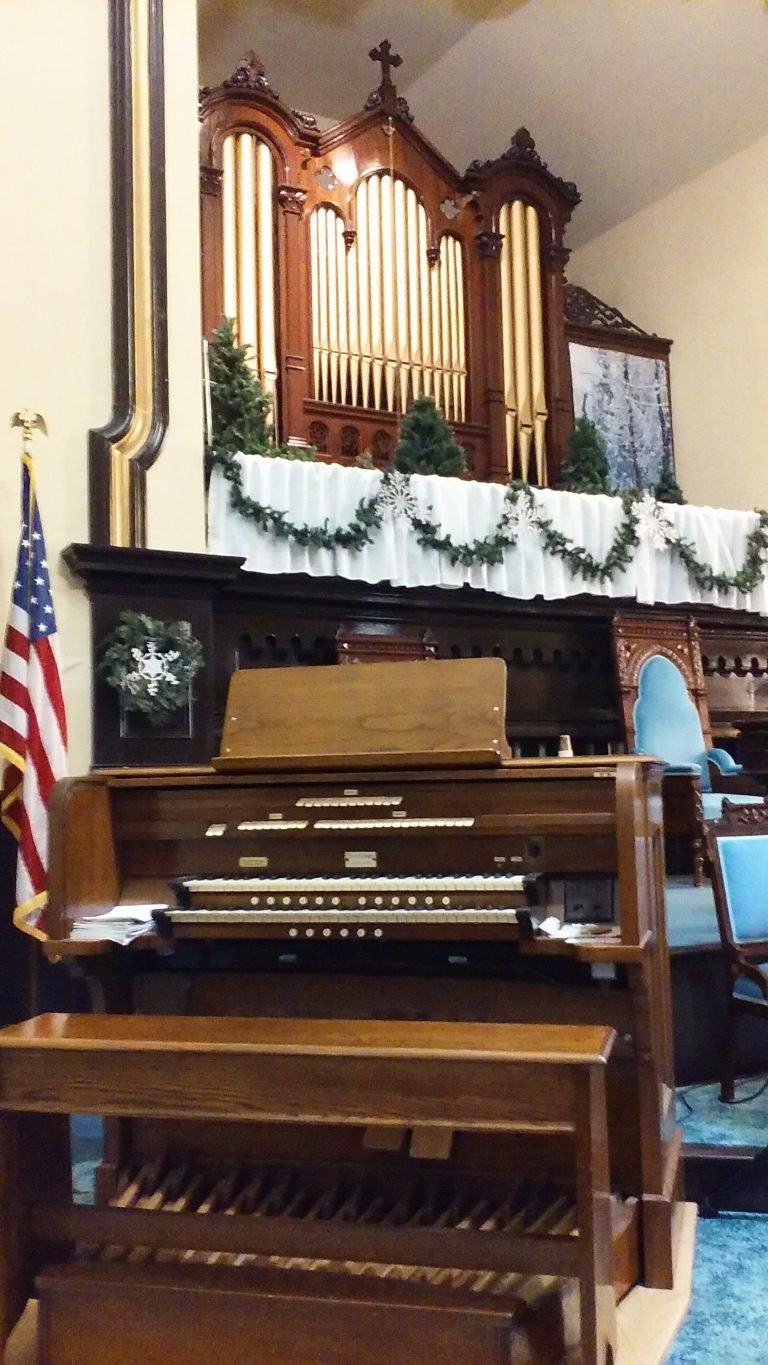